Troll Caravan. Five separate rewards to let you build any size or type of Troll Caravan you like.

This is THE TROLL CARAVAN, a 28mm white metal miniatures caravan full of Trollish goodness which is my fourth Kickstarter.

Pledge now on Kickstarter - Zathros of Halikiv's is an Argan Argar priest and his caravan beetles its way from Dagori Inkarth to Pavis, then to the Holy Country via Prax and Sartar every year. Zathros rides a giant beetle and is accompanied by a host of trollkin and troll guards, both living and dead. The caravan normally moves at night time and rests up during the day. Trollkin on small beetles scout ahead of the caravan. The main body of the caravan is guarded by full trolls and undead great trolls on giant beetles. Trollkin porters will fight if necessary and it is rumoured that some of the beetles are themselves intelligent. A full set of RQG stats will be provided to backers via email regardless of their pledge level.

All figures sold via my Kickstarters' will be fully supported by the upcoming Wargame rules Glorantha : Skirmish War. There are five rewards in this Kickstarter. These are all priced at the same amount so if you wish you can chop and change during the survey process. Rewards are all 28mm heroic scale and are compatible with my previous Kickstarter projects. 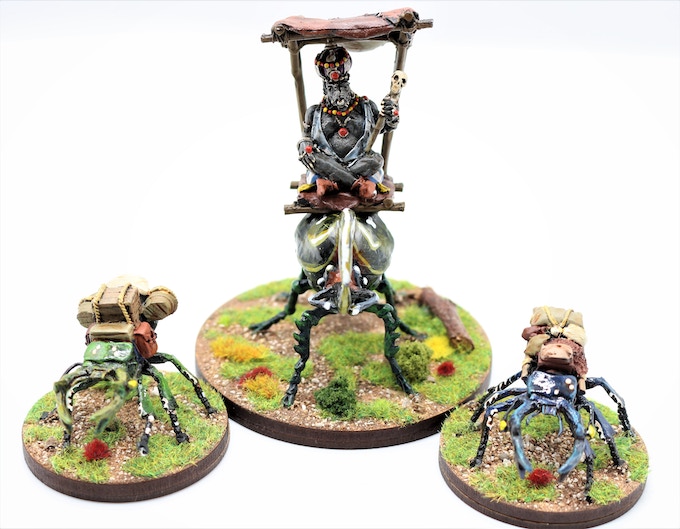 Reward 2. Clunk and Click, who escort Zathros every trip... This reward consists of Clunk and Click, two formerly living trolls who ride giant beetles and who serve Zathros without complaint or demands for pay. Beetles and riders are cast in white metal. They are about 8 cm tall.

Reward 4. Porterage Pack. This reward is the "Porter Pack", consisting of 4 Trollkin Porters, 4 Skeletal Porters and one small pack beetle. All these figures are cast in white metal. The tallest troll skeletal porter is 6.5 cm (2.5 inches) tall. The trollkin are about 25mm tall. 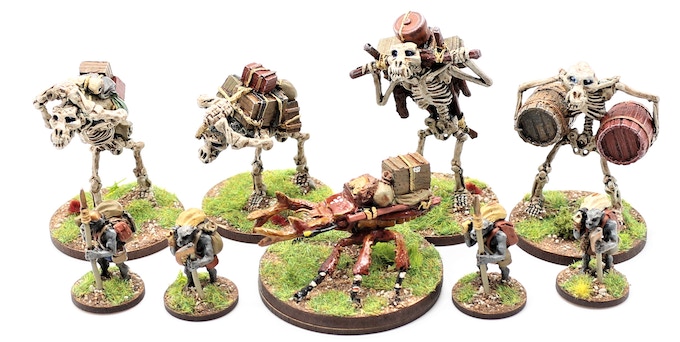 Reward 5. Gorakiki Guard Troop. This reward consists of 6 Trollkin Scouts on small beetles. (Note only 3 shown in the picture)The beetles are identical and 6 random riders will be provided. (There are a total of 8 different rider variants). 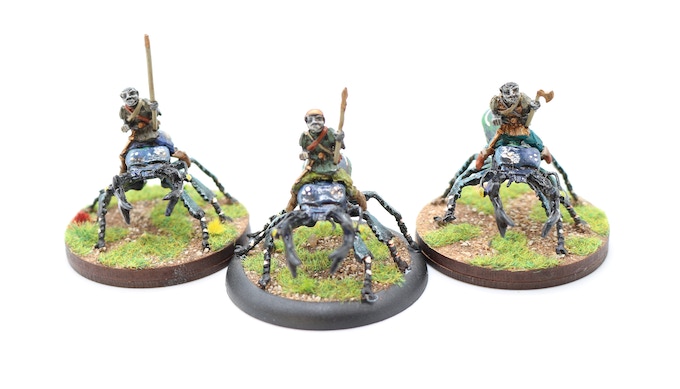 If you want to vary or build a bigger caravan you will able to buy the following via the survey.

All figures are supplied unpainted and unbased. If you wish you can buy bases via the survey .These bases are made of laser cut mdf and are suitable for Glorantha - Skirmish War. If you require your figures painted we can send them direct to a painter of your choice. This can be arranged during the survey.

Postage and Packing. These costs will be collected via the survey, not via Kickstarter. This is different from our previous Kickstarters, but the actual costs will similar. 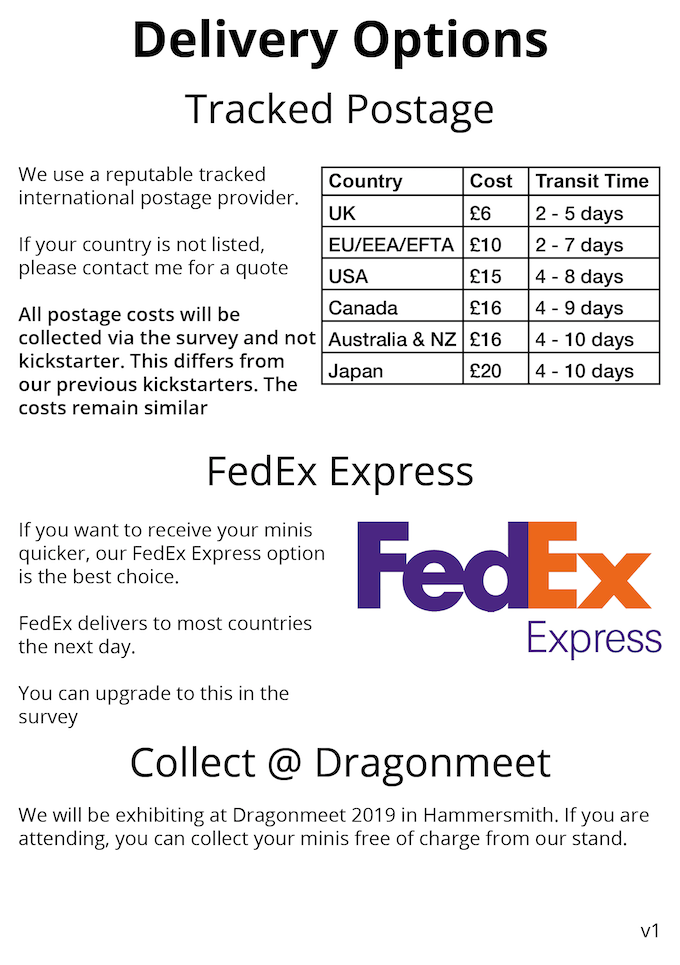 Custom duties and other government taxes. You are responsible for any customs duties and taxes that may arise. This is the same as in our other Kickstarters' but I know Canadian customers in particular have had surprises as their tax free amounts are very low.

Timescales. Surveys will be sent out two weeks after the Kickstarter ends. Orders will then be sent out on a weekly basis up to the 15th December. Prompt completion of your order is essential if you want your figures pre Xmas.The survey will remain open until the end of the first week in February so if you want to participate but would prefer to spend your money after Christmas you can pledge at Lay Member level and choose items via the survey.

For more about RuneQuest and the world of Glorantha generally please see www.chaosium.com.